The war that broke out on the eastern borders of Europe has been stopped. After two weeks of hostilities involving aircraft, artillery and tanks on both sides and numerous civilian casualties, Armenia and Azerbaijan agreed to a ceasefire in Nagorno-Karabakh. The sides envisage the exchange of prisoners and bodies of the dead.

The “substantive negotiations” on the new status of this disputed territory are to be held. This discussion can take months or even years, taking into account a thousand-year history of the Nagorno-Karabakh conflict. However, the main goal to stop the bloodshed and prevent the escalation of the conflict into a regional war with the participation of Russia and Turkey has been achieved.

Nagorno-Karabakh is a historical region in the east of the Armenian Highlands, with the population consisting of ¾ of Armenians and ¼ of Azerbaijanis. Historically, Armenians were the first to settle in this territory. The chronicles of the ancient Rome contain the references of Nagorno-Karabakh being a part of the ancient kingdom of Great Armenia as early as the 3rd century BC. However, in the 6th century AD, Nagorno-Karabakh was occupied by the Seljuk Turks – the ancestors of modern Azerbaijanis. Later this territory was under Iranian domination, then for a short time it was a part of medieval Turkey (Ottoman Empire) until it was annexed to Russia in the middle of the 19th century.

The current Armenian-Azerbaijani war over Nagorno-Karabakh is already the third in a row over the past 100 years. After the collapse of the Russian Empire and the Turkish-Azerbaijani military invasion of Nagorno-Karabakh in 1921, this primordially Armenian region of the Caucasus was declared a part of Azerbaijan. Formally, this decision was soon formalized at the Paris Peace Conference.

The entry of the Armenian enclave into the Azerbaijani republic was later supported by the decision of the Kremlin, when both Armenia and Azerbaijan became a part of the USSR in 1922. Nagorno-Karabakh retained the status of the autonomous republic within the Republic of Azerbaijan until the collapse of the Soviet Union. In 1991 the Armenians of Nagorno-Karabakh with the support of the official Yerevan started a three-year war against Azerbaijan, and in 1994 Nagorno-Karabakh declared its independence, although it was not officially recognized as such by anyone in the world, including Armenia. However, politically, economically and from the military point of view, Karabakh has been an integral part of Armenia until now. This is evidenced by the fact that the inauguration of the current Armenian President Pashinyan in 2018 was held in the capital of Nagorno-Karabakh – Stepanakertis.

The Armenian-Azerbaijani conflict in Nagorno-Karabakh can be rather described as a local one. Meanwhile, far-reaching geopolitical conclusions and generalizations can be drawn from the lessons of this war.

Conclusion 1. In the modern multipolar world, traditional, time-honored geopolitical structures and formations are crumbling and becoming obsolete. They are being replaced by temporary coalitions of countries guided exclusively by national interests, often regardless of ideological views and religious beliefs. This conclusion clearly and unequivocally confirms the composition of the participants in the Nagorno-Karabakh conflict from both sides.

The USA, France, Russia and Iran took the side of Armenia, officially or in essence. Turkey and Israel are on Azerbaijan’s side. The irreconcilable geopolitical opponents – the United States and Russia – who are fighting for influence in the post-Soviet space, are in the same boat. On the other hand, Turkey’s traditional competitor in the region, Israel, provided military support to Azerbaijan, including the supply of the latest weapons. Regardless of the difference of confessions, Christian Armenia was supported by Islamic Iran. NATO allies – the United States, France and Turkey – appeared to be on the opposite sides of the barricades. At the same time, the choice of the parties to the conflict was not determined by geopolitical interests rather than by specific national, electoral and military ones.

The powerful Armenian diaspora in the United States on the eve of the November 4 elections simply left no other choice for the White House but to support official Yerevan. The Armenian lobby in France is even more influential in the domestic political life of the country, this explains the special personal participation of French President Macron in the negotiations on Nagorno-Karabakh.

Israel as well as Turkey, supplied Azerbaijan with its newest pilotless planes – drones, to test them in large-scale military operations. Iran chose the Armenian side to prevent the extension of Turkey’s influence in the region. By the way, Russia, being Armenia’s historical ally for centuries, did not publicly support either side of the conflict. The Kremlin, bound by a military alliance agreement with Armenia, nevertheless explained this ”neutral” position by the fact that ”Nagorno-Karabakh is not a part of the Armenian Republic, which means that it does not fall under the action of the alliance agreement.

Conclusion 2. The policy of ”Europeanization” of Turkey, pursued by the predecessors of President Erdogan, is over. Ankara’s strategic choice is ottomanization, that is, the growth of Turkey’s influence as a regional power up to the borders of the former Ottoman Empire.

In the 18th century, under Sultan Osman, the borders of Turkey stretched from the Crimea and the Caucasus to North Africa and from east to west – from Iran to Prague and Vienna. Ankara’s military actions in Libya and Syria can be explained with the policy of ottomanization. In the Nagorno-Karabakh conflict, Turkey tried to expand its zone of influence in the South Caucasus. By the way, Ankara did not even try to hide its intention to assert in the Caucasus. When the co-chairs of the OSCE Minsk Group – the United States, Russia and France made an appeal to Azerbaijan to stop hostilities in Nagorno-Karabakh, Turkish President Erdogan answered this call instead. The answer was unequivocal – no truce until complete victory.

Steps to transform Turkey into a regional power are increasingly irritating its Western partners – NATO and the European Union. At the October session of the European Parliament, the deputies almost unanimously laid the blame on Ankara for inciting and supporting the military conflict in Nagorno-Karabakh. Together with official Washington and Paris, the European parliamentarians charged Turkey with the use of its military and weapons in the combat zone, as well as with the transfer of militants of terrorist groups from Syria to Nagorno-Karabakh. Although from a military point of view, Turkey still achieved its goal – the deployment of its military on the territory of Azerbaijan, Ankara’s relations with Brussels and Washington deteriorated even more after Nagorno-Karabakh.

Conclusion 3. Russia no longer intends to retreat in the post-Soviet space.

The conclusion of truce between Armenia and Azerbaijan at the talks in Moscow on October 9 is an unconditional victory for the Kremlin. Even the text of the communique underlines this conclusion: the parties agreed on an armistice, «following the call of Russian President Vladimir Putin». Strategically, a ceasefire over Nagorno-Karabakh means for the Kremlin Armenia’s return to Russia’s sphere of influence.

2 years ago, upon coming to power, Armenian President Pashinyan actually proclaimed a new course – pro-American and pro-European, as an alternative to the traditional relations between Yerevan and Russia. According to most of the experts, it is precisely the cooling of relations between Moscow and Yerevan that pushed Turkey and Azerbaijan to unleash the war in Nagorno-Karabakh. However, when Yerevan faced a choice – to lose the war in Karabakh to Azerbaijan and Turkey or to return under the protection of Russia, the choice was unambiguously made in favor of the Kremlin.

Moscow’s diplomatic wisdom is that Russia, unlike Turkey, has not declared itself one of the parties to the conflict. 2 million Azerbaijanis live in Russia. A number of influential Russian oligarchs on the Forbes list are of Azerbaijani origin and have close family and friendship ties in Baku. In addition to that, Moscow greatly values ​​good neighborly relations with Azerbaijan and personally with President Aliyev. Despite supporting Armenia in the conflict in essence, Moscow managed to maintain good relations with Baku.

The Nagorno – Karabakh conflict and Pashinyan ’s appeal to Putin for help at the most critical moment is the deja vu that we have observed for some time in Belarus. At one time, the Presidents of Belarus and Armenia tried to become equidistant from Russia and the West in order to receive support and benefits from both parties. However, today it is safe to say that Armenia and Belarus ”returned to their native harbor” and Moscow does not intend to release them anymore. The Kremlin is determined to prevent a repeat of the loss of Ukraine and Georgia in the post-Soviet space.

Many experts are wondering how long the reached ceasefire will last, because immediately after its announcement, Armenia and Azerbaijan began to accuse each other of violating it. However, the further escalation of the war became unprofitable for either side (except, perhaps, Turkey). The continuation of the war threatened the Armenians with the complete loss of the entire Nagorno-Karabakh, Azerbaijan – with the use of Iskander ballistic missiles from the Armenian side as a last resort and a ”weapon of retaliation”, which Pashinyan promised to aim primarily at the oil fields of Azerbaijan. There is no ”retaliatory strike” weapon in the armament of the Azerbaijani army. In addition, the issue of sending Russian peacekeepers to Nagorno-Karabakh in case of emergency at the request of Yerevan and the establishment of unmanned zone over the territory of the unrecognized republic was seriously discussed in influential political and military circles of Russia.

Skeptics and critics of the reached ceasefire are also skeptical of the achievement of a new compromise status for Nagorno-Karabakh in future political negotiations between Baku and Yerevan. Indeed, an acceptable compromise cannot be reached quickly, if it can be achieved at all. After all, Armenia and Azerbaijan have been ”dividing” this disputed territory for over 1000 years.

And yet today the bloody war in Nagorno-Karabakh has been stopped. On the ancient land, where both Armenians and Azerbaijanis lived, temples, houses and infrastructure will cease to be destroyed, innocent civilians and children will no longer die. As the Russian proverb says, «a bad peace is better than a good war», and one cannot but agree with this. 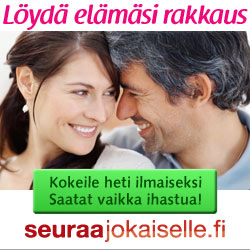